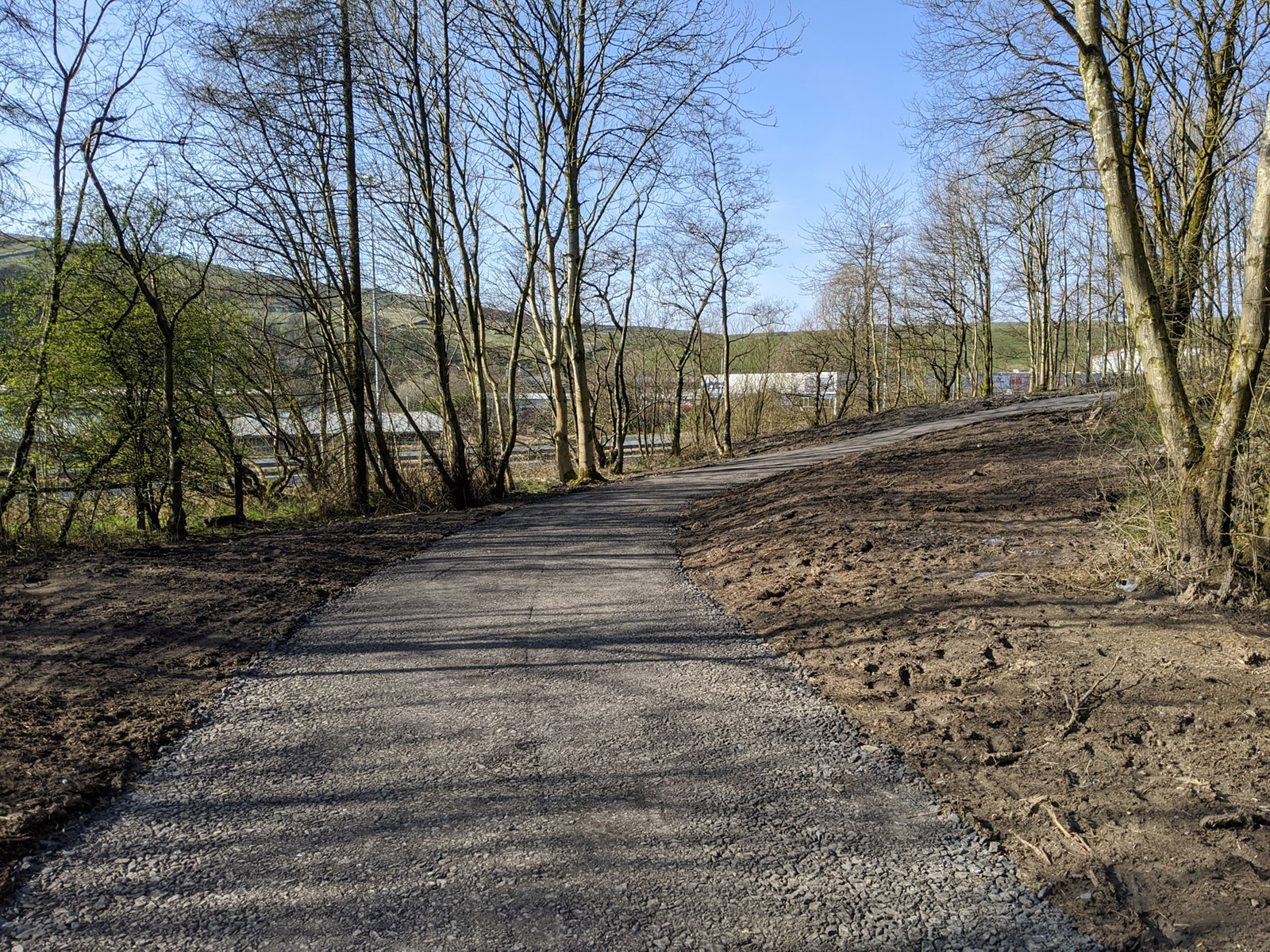 The Haslingden Cycleway project is the culmination of 5 years of planning between Highways England and our client Lancashire County Council as part of their National Cycle Route 6, which stretches from London to Carlisle. Previously the only route for cyclists to take while heading through the town has been to use the main road which is usually congested with cars, wagons and buses. This project will provide a much safer route through the town for cyclists, and will prove to be a valuable asset for local residents. The route is to run parallel to the A56, from South Shore Street at the southern end of the town to Carr Hall Street in the north, approximately 1km long.

This project is giving us the opportunity to branch out and use a new resin-based material called Styrene Butadiene Rubber Aggregate (SBRA) which utilises recycled rubber crumb bound with small aggregates with a strong resin mixture to create an alternative to traditional tarmac. The SBRA provides a strong, non-slip surface which is hard-wearing and much more aesthetically pleasing than the alternative. The use of recycled rubber crumb makes it a much more environmentally-friendly than traditional methods, and the availability is far better as it can be mixed on site rather than at a plant.
Progress was moving well during our first 3 weeks on site, after clearing more than 75 large trees through a boggy area at the south end of our route during Storm Ciara, Storm Dennis and Storm Jorge, and installing over 200 tonnes of aggregate over our first section to ensure the path is correctly supported through the woodland area. We’ve had several positive comments from residents on South Shore Street, all pleased with our progress and the landscaping of the spoil either side of the path.

Up until the lockdown triggered by the COVID-19 pandemic this project was on programme and running smoothly, and we’re looking forward to picking up where we left off and completing the works on time when it is safe to do so.