Turn The Place Over

Artist Richard Wilson, internationally known for his public works and exhibitions throughout the world, was commissioned by Liverpool City Council to design one of his remarkable pieces of public art for the Liverpool’s year as European Capital of Culture.

Described as ‘The most daring piece of public art ever commissioned in the U.K.’ Turn the place Over was designed to use the abandoned Yates’s Wine Lodge opposite Moorfields railway station in the centre of Liverpool.

It was an 8metre diameter ovoid cut from the façade of the building and made to oscillate in three dimensions. The use of huge turbines was necessary to make the oscillation possible.

Askam came to construct this project after the City of Liverpool had asked every construction company in Liverpool to do it, all declined, as did all of the national contractors that were asked. Askam, renowned for undertaking difficult projects were delighted to be entrusted with this iconic project which when launched attracted interest from the USA, Sweden and even as far as Australia. 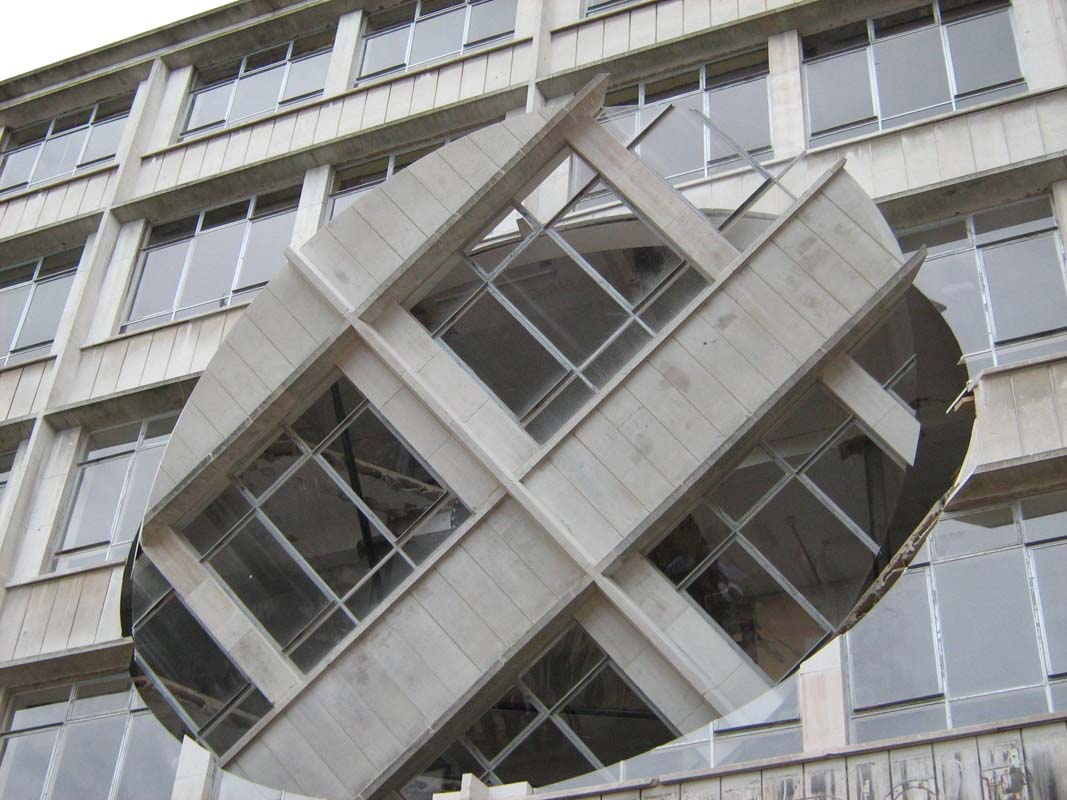